It used to be difficult to follow a fantasy or science-fiction show. Except for anthology-style shows, missing even one episode would leave viewers lost in terms of plot. Luckily, we live in an age where we can stream nearly any show we want on demand. Thanks to Netflix, stories that would have taken years of […]

It used to be difficult to follow a fantasy or science-fiction show. Except for anthology-style shows, missing even one episode would leave viewers lost in terms of plot. Luckily, we live in an age where we can stream nearly any show we want on demand. Thanks to Netflix, stories that would have taken years of methodical watching can be binged in a couple of weeks.  If you ended up missing out on some of the best sci-fi and fantasy shows, now is the time to catch back up.

Number 11: Once Upon A Time 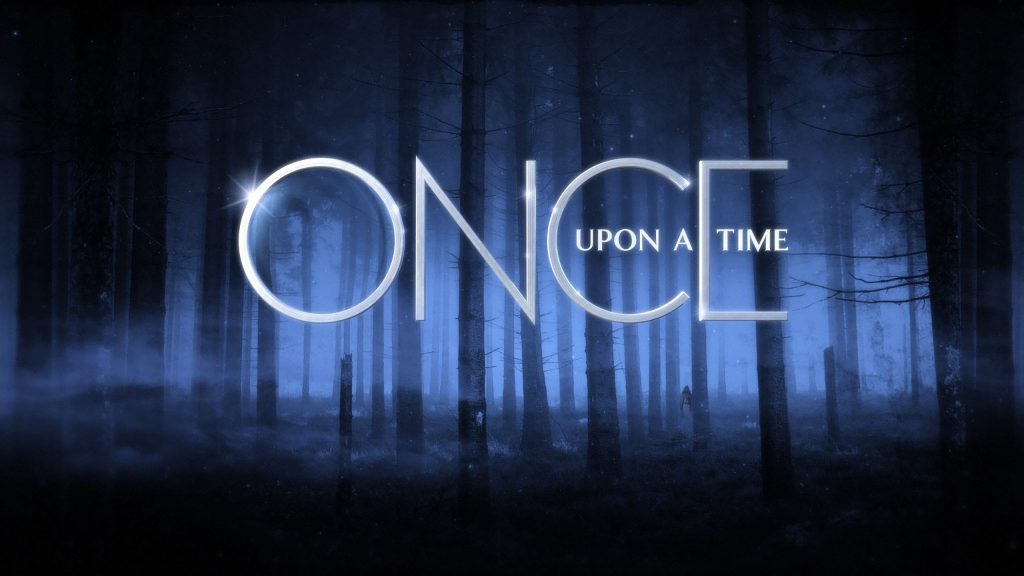 Once Upon a Time initially set out to bring classic fairy tales to the real world. It introduced us to the concept through the eyes of Emma Swan, who was also new to the concept. She gets thrown headfirst into crazy adventures after deciding to track down her son. This unique approach showed us how our favorite Disney characters would cope in our mundane existence. No magic. No wonder. We could finally see them in a completely different light.

The later seasons found a completely different groove. It that it lost its purpose. It actually just grew and evolved. The current seasons have brought in even the most recent Disney films into the fray. And instead of seeing fantasy characters tackle the mundane, magic and wonder run rampant. Hell, they commonly shift into completely different fantasy planes like Oz. Now it’s all about how these characters from different stories interact with each other. 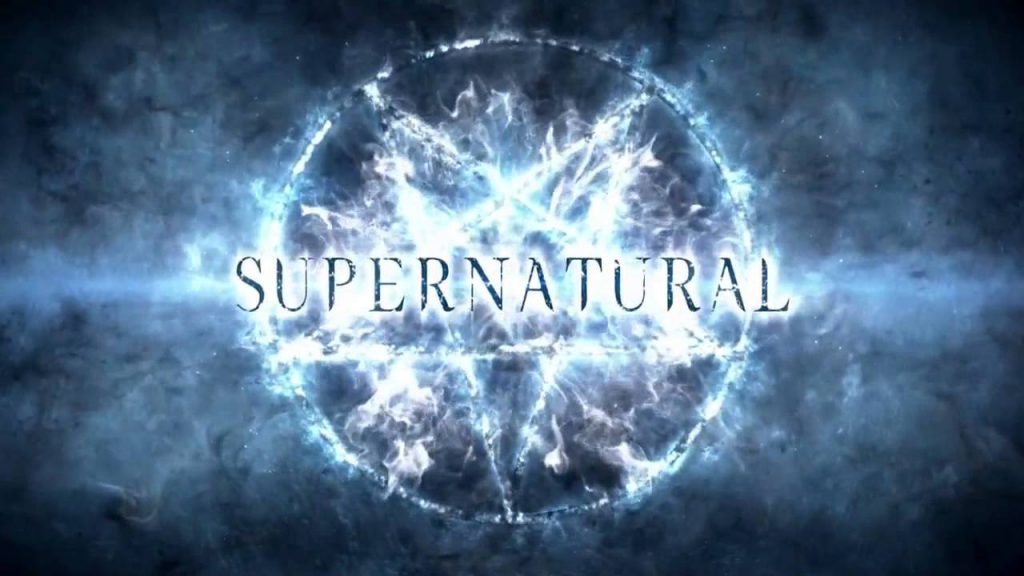 Supernatural started as Sam and Dean Winchester hunting supernatural creatures. Its first five seasons initially featured a monster-of-the-week formula. Each season pitched the brothers against increasingly dangerous and evil entities. This reached a mega-climax in season 5 when they were forced to deal with Lucifer himself. Since then, they continue to fight against supernatural evils, while simultaneously working through their own incredibly deep drama.

The initial five seasons were originally all that was planned. It wrapped up every thread nicely and neatly, until the final 5 seconds. The show was too popular to just lie down and die. The following seasons changed to focus on the fandom. The drama was kicked up as well as the campy comedy. The stories got bigger as well. They must be doing something right, because it’s still going strong. 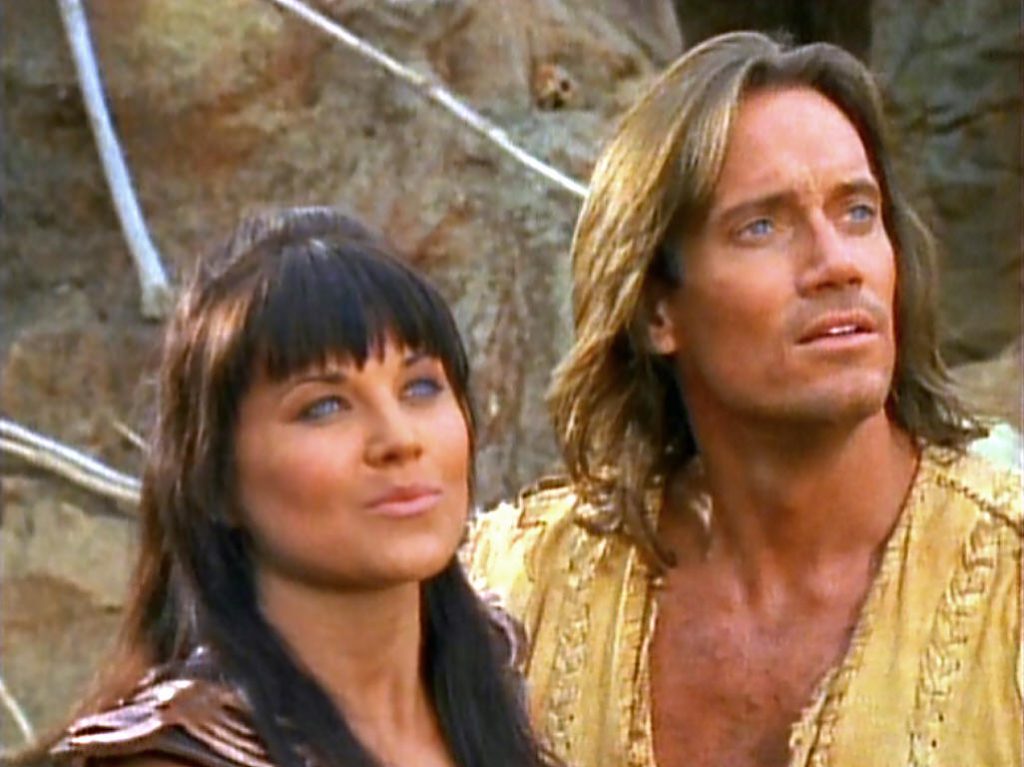 Hercules and Xena dominated fantasy television in the 90’s. The genius mind of Sam Raimi brought fantastical Greek myths to life. Of course, the classic Raimi-campiness is ever-present. Considering the subject matter, cast list, and story lines, these shows may have been the best place for camp. Lucy Lawless as Xena and Kevin Sorbo as Hercules stole their respective spotlights with pure attitude. That definitely doesn’t stop the debonair Bruce Campbell and hilarious Ted Raimi from making their own marks as guest stars.

Both Hercules and Xena kicked ass. There’s nothing else to it. Both shows were happening simultaneously and often crossed paths with each other. This is why they both share a spot on this list. The two shows are companions, and no other way to consider them. In the later seasons, the campiness gets cranked to 11. At times, it can definitely feel like a bit too much. However, both shows remain solid to the end. 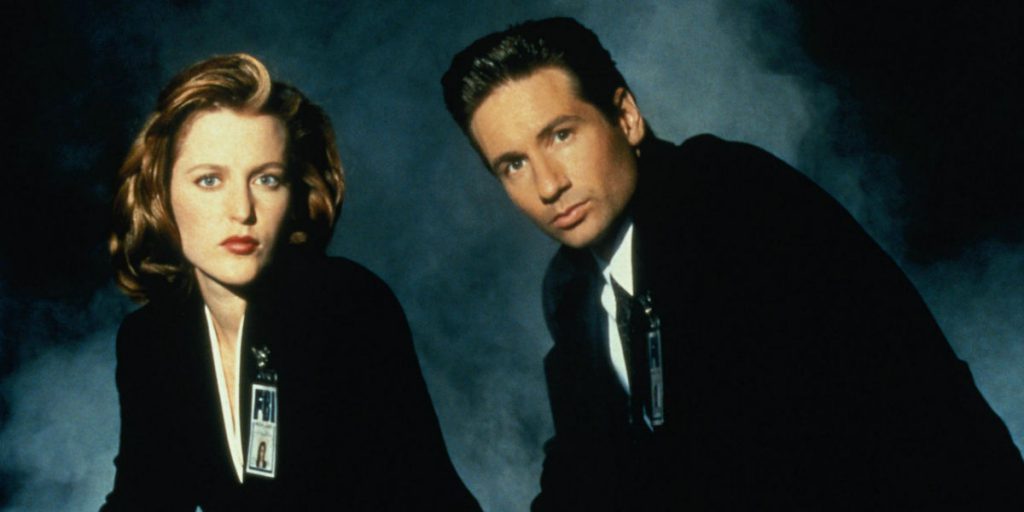 If Hercules and Xena dominated fantasy in the 90’s, then The X-Files was the king of Sci-Fi television. The series ran from 1993 through 2002. It even gained an additional season that debuted this year. Agents Fox Mulder and Dana Scully (played by David Duchovny and Gillian Anderson) played up the hottest chemistry prime time has ever seen. Their relationship was teased for about a decade, and it was subtle. There was no need to hit us over the face with forced and rushed romance and innuendo.

Despite all of that, The X-Files is actually about aliens and supernatural beings. The episodes alternate between monster-of-the-week and the overarching story line. That story bobs and weaves like crazy. Aliens, government cover ups, decoy cover ups, world domination plots. It gets a bit convoluted as the series continues, and a lot of the magic is lost during the seasons Mulder is replaced with the T-1000. However, the show has stood the test of time and still stands as a Sci-Fi precedent.