Deprecated: Methods with the same name as their class will not be constructors in a future version of PHP; LayerSlider_Widget has a deprecated constructor in C:\netroot\savemyseries.com\wwwroot\wp-content\plugins\LayerSlider\wp\widgets.php on line 6

Deprecated: Function create_function() is deprecated in C:\netroot\savemyseries.com\wwwroot\wp-content\plugins\LayerSlider\wp\widgets.php on line 4
 Freshly Added Netflix TV & Movies, March 2017 | Save My Series | Save My TV Show

Prepare The Popcorn Bowl If you’re anything like us, you’re itching to get your “Netflix and chill” on with all the new March additions. And additions there definitely are! The lineup includes some beloved movies, interesting documentaries, and addicting TV shows. Among the freshly added additions are new seasons of the Netflix original shows Love and […]

If you’re anything like us, you’re itching to get your “Netflix and chill” on with all the new March additions. And additions there definitely are! The lineup includes some beloved movies, interesting documentaries, and addicting TV shows.

Among the freshly added additions are new seasons of the Netflix original shows Love and Grace and Frankie, as well as the debut of Marvel’s Iron Fist and the drama 13 Reasons Why, which is about a boy discovering the 13 reasons his crush decided to commit suicide.

In case you haven’t seen the lineup yet, let’s just say you might find yourself getting far more acquainted with your couch than ever before. Work just might have to suffer a little for the month, but that’s OK. You can totally create that one spreadsheet from home, right? Right?

If you want our suggestion, try not to fight it. Just let it happen and invest in some shamelessly unhealthy, and tasty, snacking options. These Netflix additions will have you forgetting how to adult for the next 31 days anyway!

Angry Birds: Season 2 – Those pigs are going down.
Blazing Saddles
Chicago – Bet you haven’t seen this one in a long time!
Deep Run
Dirt Every Day: Season 1
Epic Drives: Season 2
Friday After Next – The cousins work nights at a local mall as security guards.
Head 2 Head: Season 2
Hot Rod Unlimited: Season 1
Ignition: Season 1 – You’re in the driver’s seat.
Impossible Dreamers – An inspirational documentary that follows a number of Senior Athletes, ranging from ages 60-94.
Jurassic Park – So you can feel really, really old suddenly.
Jurassic Park III
Kate and Mim-Mim: Season 2
Know Your Enemy – Japan
Kung Fu Panda – The secret ingredient is… nothing!
Let There Be Light
Memento – A man suffering from short-term memory loss uses notes.
Midnight in Paris – Ernest Hemingway!
Nacho Libre – You are useless Ignacio!
Nazi Concentration Camps – Maybe a good idea to watch, considering what the world is like now.
Roadkill: Season 2
Rolling Stones: Crossfire Hurricane – A documentary on the great band.
San Pietro
Singing with Angels – A young woman at a crossroads in life reflects on her decision to join the Mormon Tabernacle Choir.
Sustainable
Slums of Beverly Hills – Natasha Lyonne has been rocking the curly, crazy hair for a while, hasn’t she?
The Craft – Hey now, some of those 90’s outfits are pretty awesome.
This Is Spinal Tap
Tenacious D in: The Pick of Destiny – Have you heard their music?
The Lost World: Jurassic Park – Now this is a must.
The Memphis Belle: A Story of a Flying Fortress
The Negro Soldier
Thunderbolt – Jackie Chan never ages though! Why?!
Tunisian Victory

Safe Haven – Trick your boyfriend into watching it with you just to see what happens.

Amy Schumer: The Leather Special – Our worst nightmare: Schumer decked out in head to toe leather.

Hands of Stone
The Waterboy – Look who’s on TV, Mama… it’s the devil.

Thithi – In a remote village in South India, three generations of sons react to the death of Century Gowda, their grandfather, a 101-year-old man.

Buddy Thunderstruck: Season 1
Burning Sands – Fraternities are about pride and dignity, right? Someone tell this man what frats are really about, do him a solid!
Love: Season 2
One More Time: Season 1 – Did you read this in a Daft Punk voice?
The Boss’ Daughter – A 2015 French romance film. Thankfully not the one with Taira Reed.

Disney’s Pete’s Dragon (2016) – Adorable on all levels, but the question still stands: how can a dragon be furry?
Jim Norton: Mouthful of Shame

Come and Find Me
The Vampire Diaries: Season 8 – And we thought this vampire craze had died already.

Ali & Nino
Another Forever – When you’re so depressed, you need a new start.
Evolution
Fire at the Sea (Fuocoammare) – An island halfway between Sicily and Libya has become the vortex of Europe’s immigration struggles. This documentary should be on your queue.

How to Get Away with Murder: Season 3
Welcome to New York

Bottersnikes & Gumbles: Season 2
Déjà Vu – Featuring the legendary Denzel Washington. This time he’s investigating bombings in New Orleans.
Felipe Neto: My Life Makes No Sense
Grace and Frankie: Season 3 – You know, the one with the two old ladies.
Ingobernable: Season 1
Spider – With a name like this, arachnophobic viewers beware!
The Square – An award-winning, street view of the Egyptian Revolution.
The Most Hated Woman in America
Who Framed Roger Rabbit – Just to remind you that you desperately need a modern take on Jessica Rabbit’s iconic sex symbol dress.

The Life Aquatic with Steve Zissou

Better Call Saul: Season 2 – Surprisingly not as funny as Breaking Bad was in its dark, deep way, but still good nonetheless.

Archer: Season 7 – Because the Danger Zone never comes to an end.
Jo Koy: Live from Seattle

13 Reasons Why: Season 1 – The show about a confused boy trying to understand why his crush would end her own life.
Bordertown: Season 1
Cooper Barrett’s Guide to Surviving Life: Season 1
Dinotrux: Season 4
FirstBorn
Five Came Back
GLOW: The Story of the Gorgeous Ladies of Wrestling – this comedy-drama was created by Jenji Kohan, the creator of Orange Is The New Black.
Rosewood: Season 1
The Carmichael Show: Season 1-2
The Discovery
Trailer Park Boys: Season 11 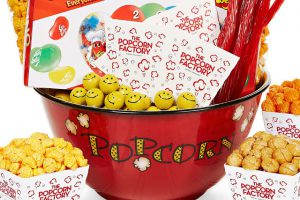 It’s amazing, isn’t it? There are tons of shows and movies to look forward to. Now if only there were more hours in a day! Someone should get on that as soon as possible, quite frankly.

We are pretty sad about the fact that Netflix removes quite a few movies and TV shows every month, but they make up for it by adding many, many more. Just make sure to put your favorites in a queue.

Psst, still don’t have Netflix? Remember you can join in free for a month trial. And if you just need access to streaming on one device, opt for Basic, at only $7.99 per month. Just two devices? Try Standard for $9.99 per month. Otherwise, if you have a ton of devices, and need to fuel your addiction, choose the Premium for $11.99. It includes Ultra HD too, to sweeten the deal. When you consider how cheap it is compared to renting every movie, it’s totally worth it.

And keep an eye out for discounts, they happen quite regularly!